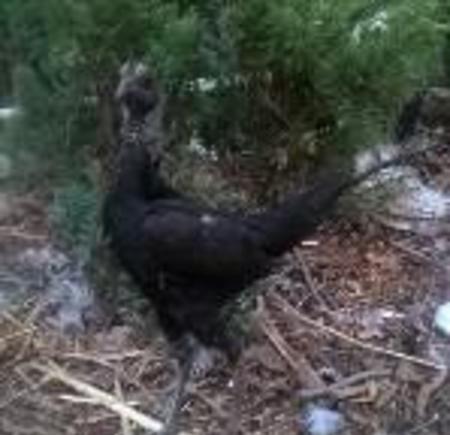 Dwarf cassorwary Cassowaries, the largest of all forest birds , are wonderfully peculiar animals. They are flightless; have a prominent, bony casque on top of the head; and a formidable claw on the innermost of its three toes. The dwarf cassowary, although the smallest of the three cassowary species, is hardly deserving of its name as it stands 2.6 feet to the top of its back. It is largely black, except for the bare skin on the throat and neck which is coloured a brilliant blue, with striking red stripes running down the sides of the neck . The feathers of the dwarf cassowary are not the soft down normally associated with birds, but instead are reduced to bare, black spines, forming drooping, coarse, bristle-like plumage. This plumage, which also covers the tiny, virtually hidden wings, is thought to help protect the body of the cassowary from scratches from thorns and vines as it moves through the dense forest vegetation. The black casque, which was once thought to be a bony extension of the skull, but is now known to be made of a tough, foam-like substance, is quite distinct from that of other cassowaries, being flattened at the front and back and almost triangular in shape. Male and female dwarf cassowaries can be distinguished by the typically larger size of the female. The dwarf cassowary is a secretive bird, which moves warily though dense jungle and will run for cover if disturbed. It can run 24.8 mph even through dense undergrowth, with its lowered head and casque protecting the bird from thorny vegetation. Surprisingly for its bulky size, the dwarf cassowary can also leap obstacles, swim rivers, and defend itself with a kick from its powerful, clawed feet. Due to its elusive behaviour, and solitary nature. The dwarf cassowary is more likely to be heard than seen. Its call, a deep booming sound, is the world’s lowest known bird call, and is thought to be ideal for communicating with distant cassowaries in dense forest as low frequencies can penetrate vegetation. It has been hypothesized that the horny casque may act as an amplifier to produce these resonating calls, or assist in receiving the calls of other cassowaries. Foraging alone, the dwarf cassowary feeds on fleshy fruits. It can swallow large fruits whole, and the seeds pass undamaged through the gut, making them an important disperser of seeds in the forests in which they occur. The dwarf cassowary is also suspected of eating soil, a practice called geophagy, which is thought to act to bind poisonous or bitter tasting substances in certain fruits and seeds, allowing the cassowary to digest these otherwise nutritious plant parts Cassowary females typically lay three to six eggs between June and August. These large, greenish eggs, measuring 5.11 inches long, are laid onto a nest of leaves at the base of a tree, and are incubated entirely by the male. The male also takes responsibility for caring for the young chicks, in which the female plays no part 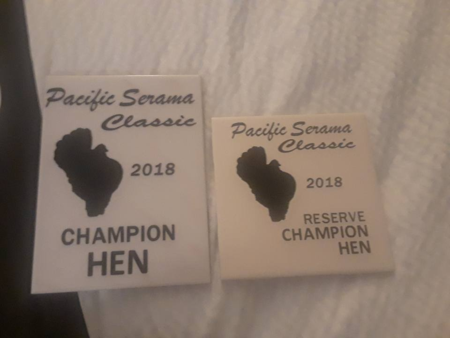 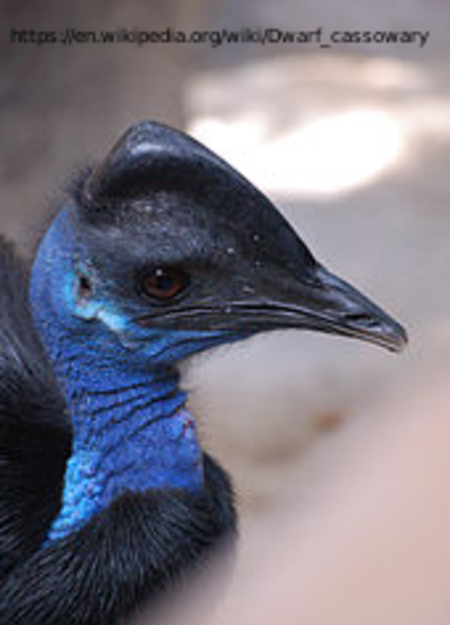 Modern Game chickens are a striking breed of bird. They evolved from breeding Malay and Old English Game . They were first breed in the late 1850's as a sleeker version of the gamecock which was used for fighting. However, Modern Game was bred for shows rather than for fighting as this was outlawed around this time. They reached their peak of popularity in the early 1900's – with large numbers entered for competition and breeding stock often selling for outrageous prices. Throughout the late part of the 1900's century they declined in popularity – however lately they have increased in popularity, especially the bantam variety. They are tall handsome birds that like to be active. They are quite curious birds and can be tamed and handled easily. They are tightly feathered and are quite small – often sitting comfortably in the palm of your hand. They are not good layers and being lightweight are not good for the table either. Originally only 5 color were recognized: Black-Red, Black-Brown, Birchens, Duckwings and Piles. However, there are now 13 colours recognised in the UK and 18 in America. These include: Black, Blue, Golden Duckwing, Lemon Blue, Silver Blue and White Their status according to livestock conservancy is: Fairly common/least concern meaning at this time they are not in danger of extinction. 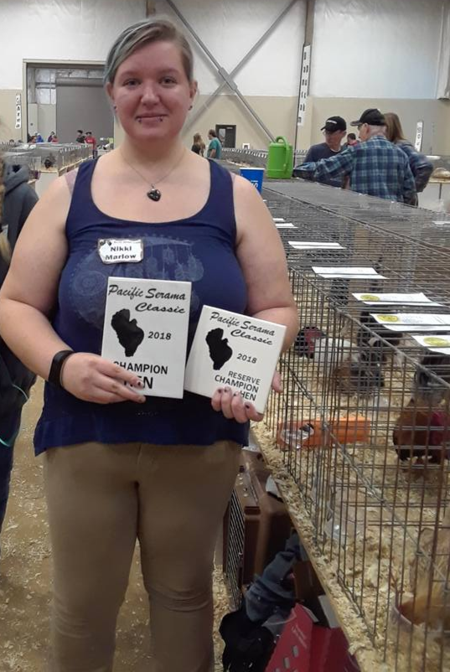