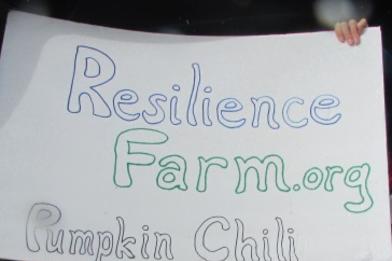 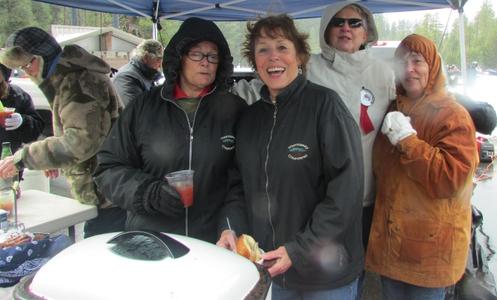 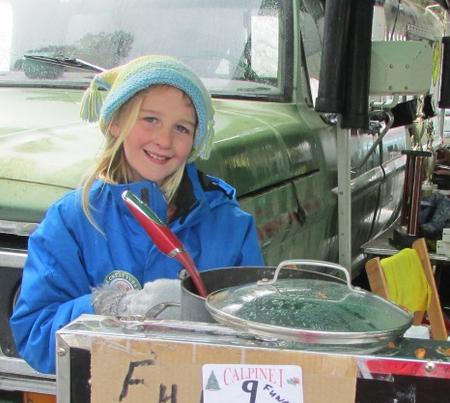 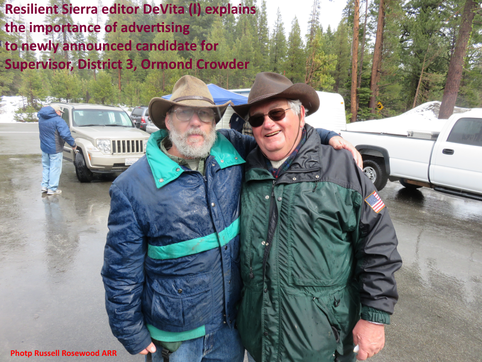 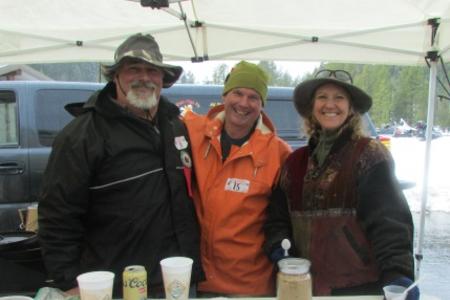 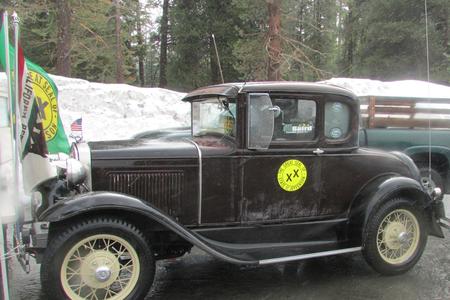 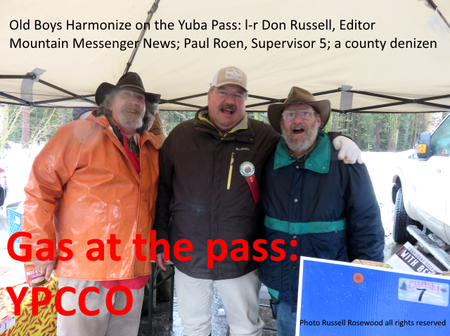 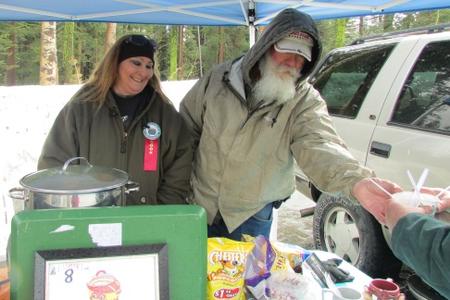 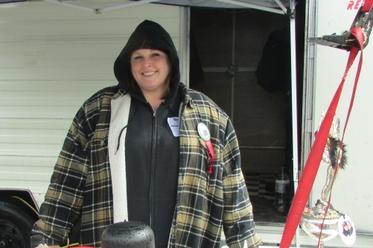 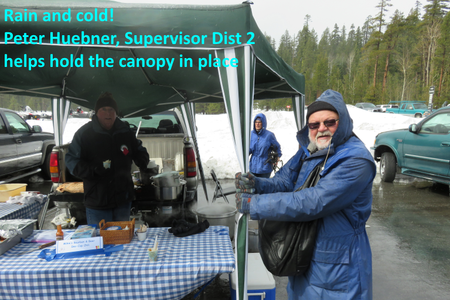 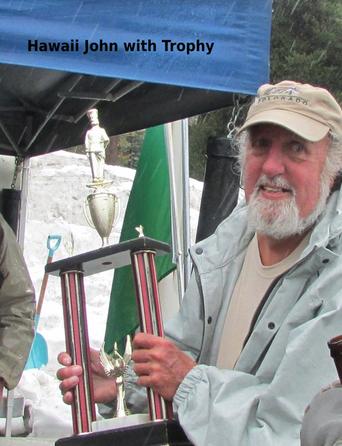 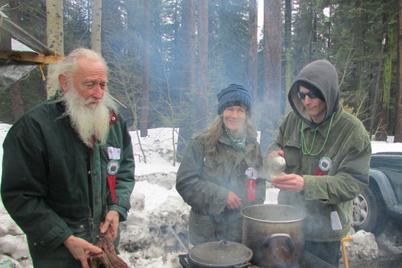 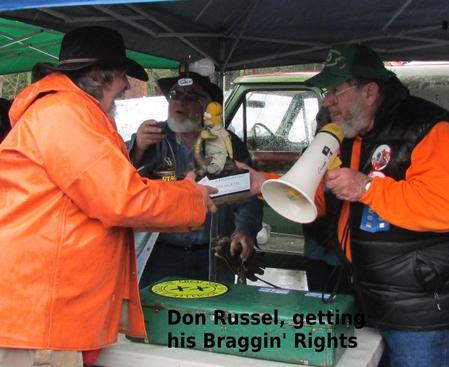 
SATURDAY- The air was frigid, with rain pounding down into the roaring wind. But the cold made the chili that much more delicious. People brought their best, their prize winning recipes from past years in big steaming pots. As it is my responsibility of editor and reporter, I had to sample each chili, and I was mistaken for a judge by both cooks and other chili samplers.


The first chili I stopped by was Campo Debauchery, cooked by Jenny. She had all the fixins', from cheese to corn chips to two different delicious cream cheese sauces.

After that I sampled Chili Delmar, (The Original Clam Chowder) cooked by Carree, Smokey Balls Chili, cooked by Dave, and 4/20 Alarm Chili, cooked by Tobin, who declined to state what was in his chili, and just said it was green. They drew a crowd with their fires, which provided warmth, a pleasant respite from the nearly continual rain.

The next chili was Funky Chamber Chili, the chili of the Chamber of Commerce, served by the friendly faces of Janine and Mike Hudson.

Next door to them was Habenero Dan, with his Habenero Chili. As every sensible chef of a spicy chili, he provided drinks.

Number 13 was a delicious pineapple chili, the Royal Hawaiian Gold Nugget chili, cooked by Hawaii John, and his wife Diane.

Number fourteen and fifteen shared a table. Dead Ned Chili cooked by Leroy Wright, did not actually contain parts of Ned, rather a elk shot by Ned. Chili #15, cooked by Mike and Debbie was made with beef and pork they raised. You can always taste quality meat.

The Cattle Women had drinks with their chili (which contained sausage, and not beef, to my surprise!). They were peddling Bloody Marys and homemade Kahlua to the general public to try and grab the people's choice prize. The chili was cooked by LaVerne, Caroline, Jan, Karen, Carol, Lynna and Paula.

Next was Mike's Burbon and Beer Beer Snowcapped Chili. The 'snow' was really mashed potatoes, as we all know there was little snow. It was cooked by Mike and Karen Galan.

After that, Sarah and Tristan's Pike City Smoky Green, featuring the most delectable hand-raised pork, smoked, and topped with spicy sauces.

By the time the judges announced the winners, the rain was pounding so hard I couldn't take a half-decent picture. Will all of the wonderful chili, I'm sure it was difficult for the judges to make a decision. I'm sure they tried their very best to resist the lovely treats offered with each chili, as I would if I was a judge. But, here are the winners:

Before we announce 1st place, People Choice was grabbed by the Cattle Women (we'll probably be seeing more homemade Kahlua next year), Ass Last was given to Tobin's cupcakes, and Don Russel was given the Braggin' Rights Trophy.

First Place was given to Mike's Bourbon and Beer Snowcap Chili.

Everyone went home, some with trophies, some mildly disappointed, but all with cold fingertips and bellies full of warm chili. I can hardly wait until next year. 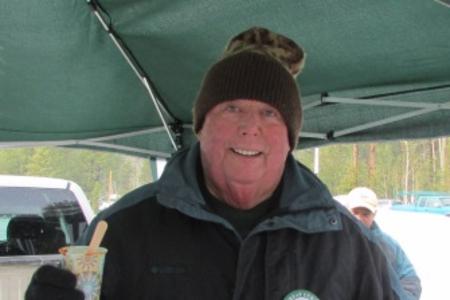 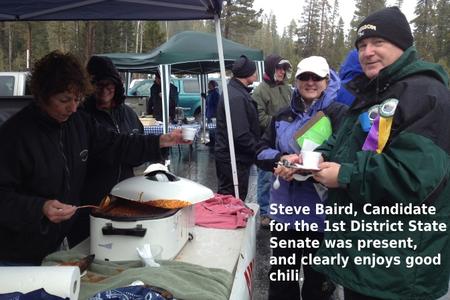 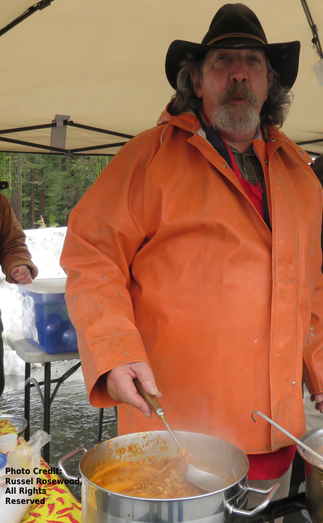 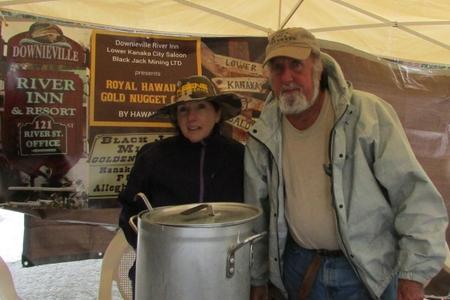 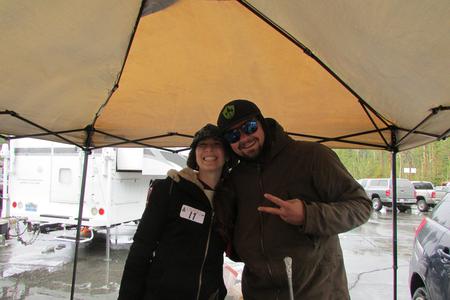